Where are we today ?
Plattsville Ontario

Gonna be a hot day for the Canada Day party here. But we are ready for it.  This morning ran a few errands and Ma dropped out for a coffee, while things were still pretty quiet here.

Shortly after 9 am Erin arrived with the two pigs and they prepped them while the BBQ's got up to temperature. 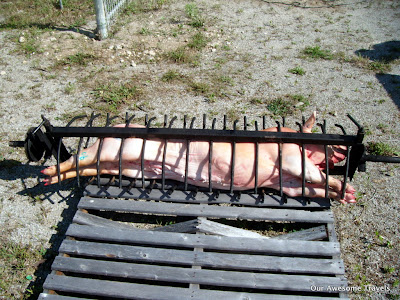 One of the last things to do is spray the yard and shrubs with a strong garlic mixture for mosquitoes. Apparently those pesky skeeters don't like garlic and it sure works pretty good. The whole yard smells pretty good and garlicky for a while, like a huge caesar salad!
We found a nice shady spot to sit when we did. Chatted with lotsa people here and there, listen to the band just a great time. Now we were beside this one fellow Dave and talked for a very long time about various things and the love of a small town. After an hour or so I just mentioned in passing that I used to have a small restaurant in town for about 10 years. Well his eyes lit up and he asked where. Could not believe it, he said it was named after my daughter (Jessie) and you closed the restaurant to go back to a factory and drive a forklift. And then it all starts coming back, he and a few electrician buddies would come in early mornings just as I opened up, they would put the coffee on and even help a bit while I cooked them breakfast, refill their own coffees and even clear their own tables for me. And quiet often back for lunch or supper for fish and chips, supper special or pizza.  Now I closed my restaurant 13 years ago and his new wife of only two years had already heard the stories about Jessie's Diner and the small town atmosphere that he missed. 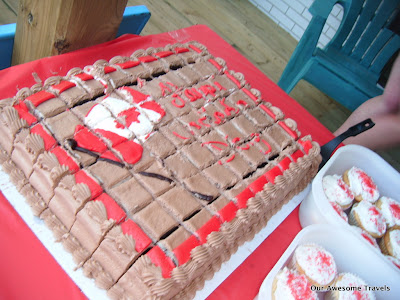 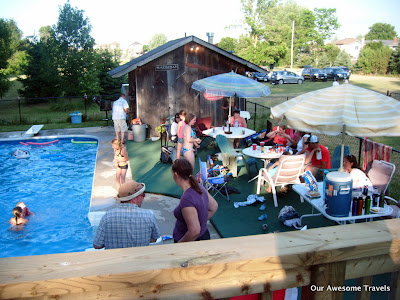 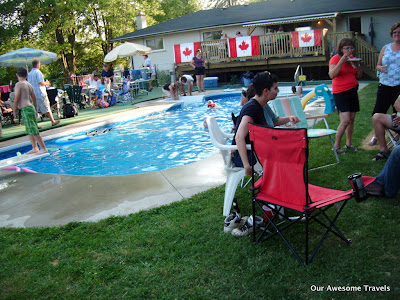 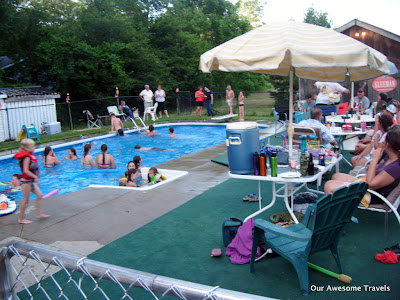 Just before dark as the band was packing up Lea had a draw for door prizes and these are the lucky winners.
Now at 9:45 it was dark enough to begin with the fireworks and we really had an awesome display, that went on for 25 full minutes.  Now my point and shoot  camera does not do these pics justice, I should have set up my tripod, but was too late when I finally thought of it. 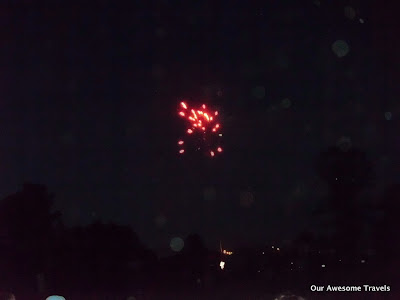 Now its been a long fun day and then a few of us left here lit up a campfire for a bit. When we finally realized that it was actually midnight! Wow way past bedtime, as I knew it would be, that's why am posting this Sunday morning.