Where are we today ?
Arkona Ontario

Another great sunny day, cooler fall weather and still pretty nice. This morning at 9 am we are heading to the Pinery Fleamarket in Grand Bend with Randy and Gail, just to wander about and show them the sights. We were early even the chip truck was not open yet (probably good or we would have had some). Only a few more weeks and they will be closed down until Easter. 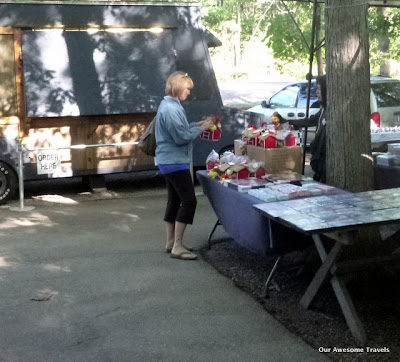 Summer is winding down and a lot less vendors there but still a good day. Looked for a few more books, some pepperettes. No fries today so we each had a mini cinnamon bun on a stick (just a nice tasty tease of a snack). 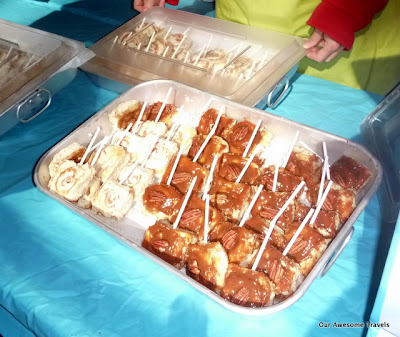 After the market took a little cruise into town and down the main street. Again pretty quiet as a lot of stores are now closed for the season, just waiting for the rush of next summer, 9 months away. 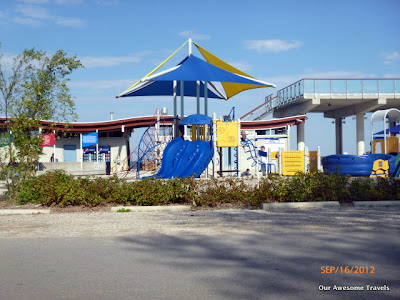 Back home for bite to eat for lunch and chatted with Randy and Gail for a while and played catch with Hayley. Until it was time for them to pack up again and head home. Some people still have to work.
Then we just relaxed a bit in the shade and enjoyed the afternoon with our books in the shade.
But we had a craving for pizza so I picked up a thin crust frozen pizza and put lotsa toppings on it for our own liking and had a very tasty supper near the end of a nice day.
After supper backout side to read until it was too dark, then Trish and Mike stopped by for a visit and brought us present they had made just for us in Port Huron Michigan this afternoon. They went there to do a bit of shopping and go for supper. Thanks guys!!!! Now everybody knows what time it is at our house "Beer 30". A saying I have had for years. 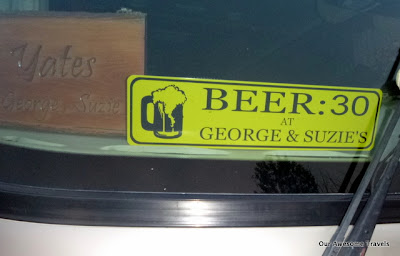 After a nice visit and chat it got too dark and was cooling off by 8:30 so inside to get warm and turn on the tube for a bit before calling it a night.
Thanks for joining in on our relaxing Sunday with us.
Y'all come back now.

Check out the map below to see where we have been this summer
View Summer 2012 in a larger map
Posted by our awesome travels at 9:37 pm