Where are we today?
Stratford Ontario

Daughter #1 helping and being a character yesterday while decorating. For some reason, George couldn't send them to me from his phone last night. 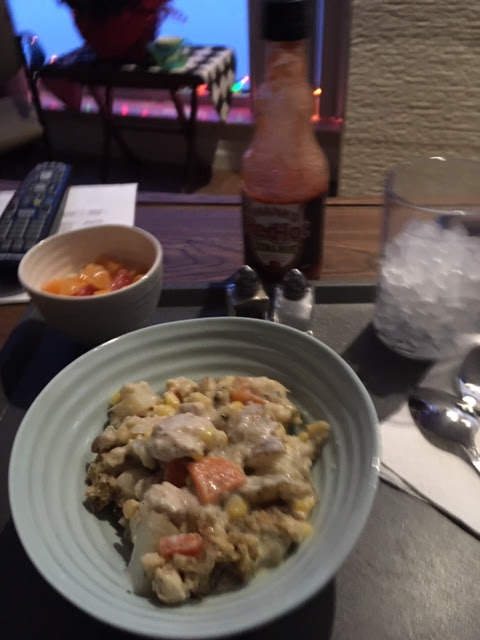 Supper last night.
This morning I finally was able to print some pictures of the kids and grandchildren. I know my mind works better in the morning, than at this time of night. A simple explanation probably is that we don't print pictures very often, so I read part the of manual. Amazing what a manual can do.

Picked up some picture frames for the pictures that when on the mantle above his fireplace.

Brunch for George was a bacon and egg sandwich. Not quite what he was expecting as it was so filling. He told me he wasn't eating again until maybe supper.

We were expecting company today. About 11 am John and Wendy from Hamilton and Bill and Barb from Clarence, NY were coming for a visit. We would have seen them on Thursday, October 17th at Niagara Lazy Lakes campground in Lockport, NY. It was to be the start of our winter travels, enjoying the Halloween weekend and going out for supper on Sunday. Of course, our plans went side ways.

We had a very enjoyable visit with them as always. My brother, sister-in-law and my Dad were also coming for a visit and were bringing Swiss Chalet chicken. George didn't want anything as he was full but had a salad and some of my chicken.
The first visitors joined the second visitors in the dining room. 5 of us had Swiss Chalet products and the others enjoyed soup and desert that was provided. One of the 4, I think had 3 bowls of soup. Now, I'm not going to say which one, but for those of you who know John, Wendy, Bill and Barb should be able to figure it. 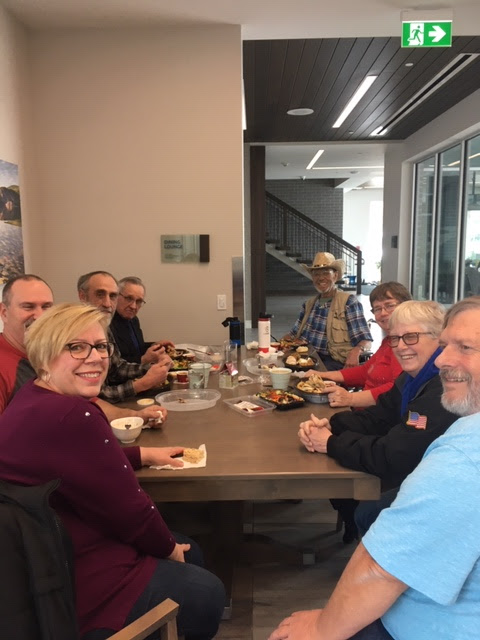 The group in the dining room.

What an enjoyable group. Lot of laughter and kidding around. My brother and sister-in-law had also met John's Uncle Steve, as Steve and Barb had been to the farm in the early years of our Full Time RV'ing. They confirmed with John, that Steve was his uncle.
George's beer for today. He has decided to have only 1. That is because he needs the washroom facilities too much during the night. He is allowed 2. The staff monitor the beer he drinks to make sure the beer doesn't affect the pain medication he is on. 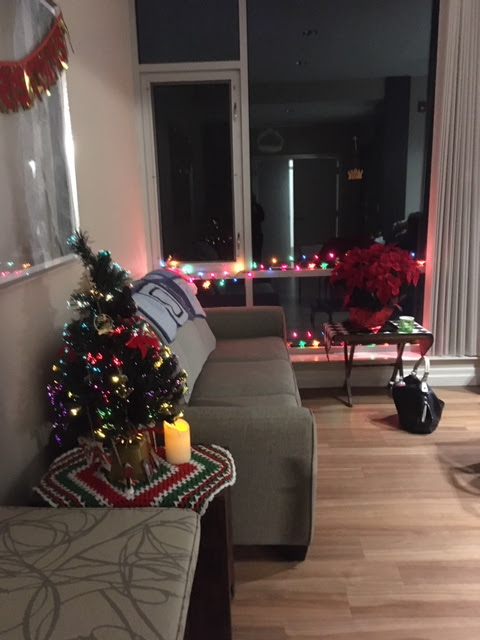 The Christmas lights in his room.

Several times today, when he needed to use the washroom, he was able to use the walker to and from. A great improvement from November 28th, when he arrived at the hospice.

About 4 pm this after noon daughter # 2  came by for a nice visit with a coffee, just her with out the rest of the family and kids (they were resting), avery nice visit just here and us no distractions.

This year we would have been in Coyote Howls in Why, AZ, then to Pilot Knob, Winterhaven, CA to meet up with our Canadian friends. How things change from one year to the next, but you never know what will happen.

Another great day and good sleep was enjoyed. And more fun company for enjoyable visits.

Want to learn more about Membership camping at Rock Glen Family Resort ?
click this link www.geosuzie.rockglen.com to book a tour
Posted by our awesome travels at 7:24 pm