One of the first things we did this morning was give George a hair cut. He was thinking of having a shower first, but everyone was busy. So we proceeded to cut his hair. Took longer than usual, as he had bed and hat head. We got it done and he also had a shave.

We had no visitors scheduled, so about noon we both had a rest. After the rest, he had his shower. He thoroughly enjoyed it and was squeaky clean. His skin is very dry, so after the shower he had Aveeno put on him. I may have to buy more before soon. The bottle I use lasts me about a year but not with his skin. 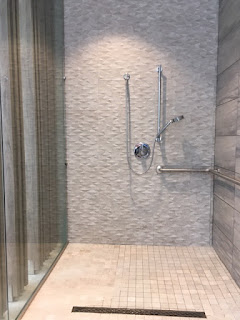 We had a quite afternoon. Showed him how to write via Google Drive doc and shared it with me. Yesterday, he had said that he want to write about his life. He said he will start tomorrow in the morning when he is more alert. 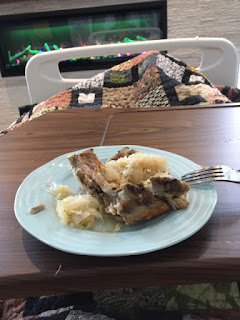 For supper he had left over ribs and sauerkraut. He was expecting roast pork but instead it was ham. Tomorrow night the plan is to eat the turkey dinners that were given to us.

He jokes with the staff a lot and makes them smile. They seem to really like him and I'm sure his joking around makes their day go smoother. As I was leaving today, one of the nurses asked me if I was OK, as I was leaving earlier than normal. I told her that I was fine. I have a cold and it just tires me out. It was very nice of her to be concerned about me.

Each day, George seems to improve a little bit at a time. To me he is getting stronger. It will be interesting to see how his daughter #1 sees him.


Want to learn more about Membership camping at Rock Glen Family Resort ? click this link www.geosuzie.rockglen.com to book a tour
Posted by our awesome travels at 6:29 pm