Another wonderful day with George. He sent me a picture of our winter wonderland. 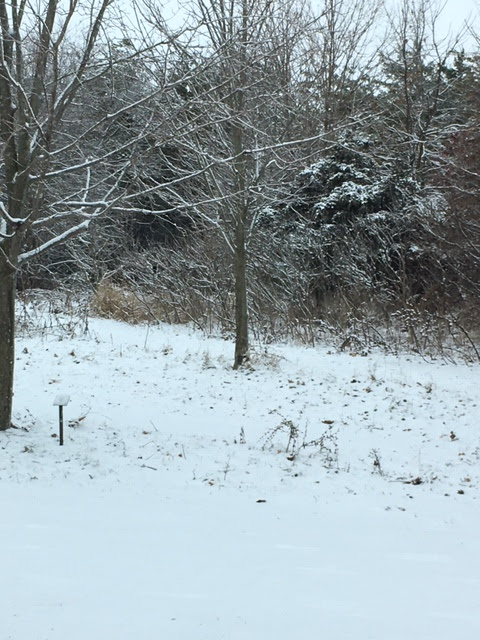 I didn't know he got this picture. It was sometime after I arrived. I was making some notes and checking email. 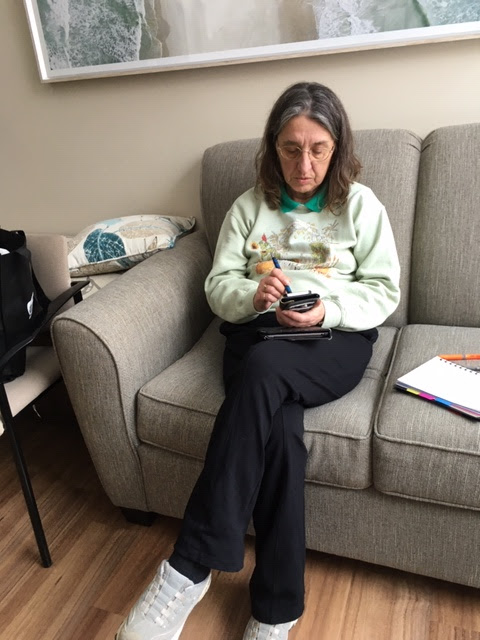 I brought a sandwich for lunch and added spaghetti squash and sausage soup. Wonderful. About noon we both wanted a rest, as we were expecting company. The staff found out we wanted a rest and put a sign on the door that said "Resting". We therefore were able to get an undisturbed rest. As George eats early in the morning, at lunch time he wasn't hungry, but after the nap he asked for a piece of bread with tuna salad. It is great that there is a kitchen here that provide things he wants, when he wants.

First to arrive was Jeff Glendinning, a good friend as well as a funeral director. Lots of laughs as we have know Jeff for a long time. This is not to be taken wrong but realistically, we are in the process of pre-planning his funeral for when the time comes, which is NOT any day soon.

That was almost taken care of and we had surprise visitors. Elmer and his daughter Chris from the Plattsville area. They brought with them 2 turkey dinners complete with trifle. There was a dinner in Plattsville recently and they thought of us. How so very nice of the them. 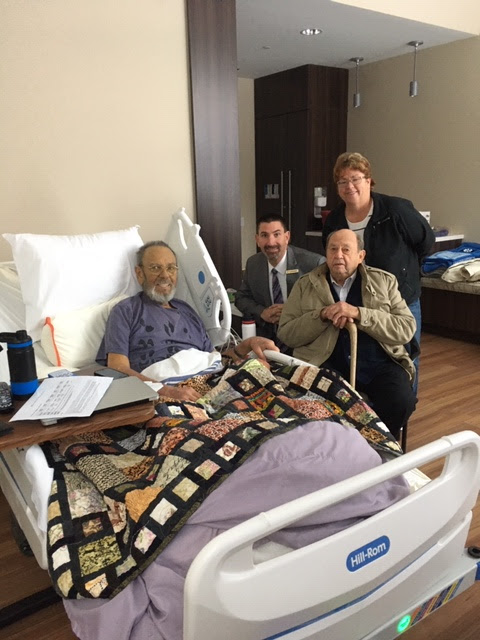 When Elmer and Chris arrived, Jeff went to visit someone else who is here. Jeff knows a lot of people in this area. A very nice visit with Elmer and Chris. Shortly after they left, Jeff came back to finish up some paper work. Doing this paper work in advance will make it much easier on the me and the family. A doctor from the hospital suggested that this be arranged sooner than later. What a great suggestion he had. This way, George's wishes will be observed.

We also had another visitor. Gail, my first cousin was in town this afternoon and wanted to visit on her way home. She brought with her chocolates from Germany. We last saw her Thanksgiving Sunday at my sister's. Gail, her mother and father went to Germany to visit sister/daughter. They were all concerned by what was happening to us back home. By the sounds of things, they had a great time. Another wonderful visit. Gail's Mom is my Mom's sister. The two families were always close growing up. 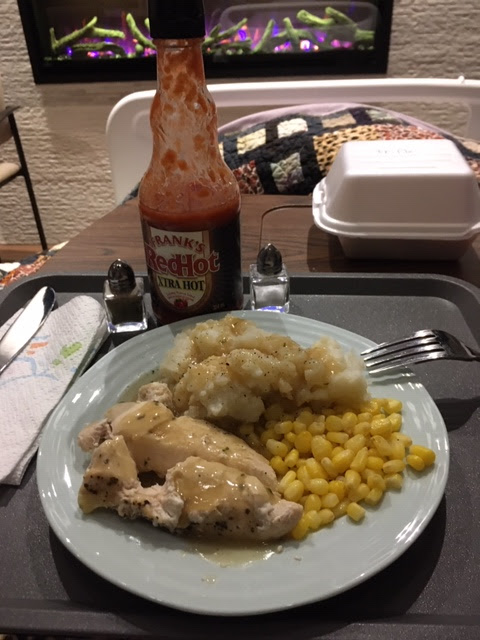 For supper, George had a chicken breast with gravy, mashed potatoes and corn. As you can see in the picture, he has his hot sauce.

The following is a picture of the trifle that George had. They gave us 2 different kinds. Fruit and chocolate. I brought the chocolate one home.
My supper was left over ribs and boiled potatoes with a salad. Desert later. 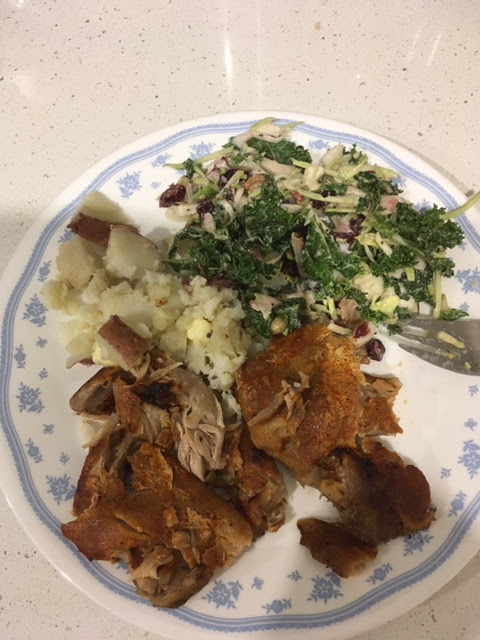 As each day goes by, I see little bits of improvement in George's strength. He is determined to spend as much time as he can with family and friends. What a wonderful positive attitude he has.

As some of you may have noticed, he is making comments on blogs as well as ours. Computer things are coming back.

George and I want to thank both families, friends and fellow bloggers for their help and prayers. It is greatly appreciated and making this situation easier to deal with. Thank you all.


Want to learn more about Membership camping at Rock Glen Family Resort ? click this link www.geosuzie.rockglen.com to book a tour
Posted by our awesome travels at 7:54 pm