Where are we today ?
Holtville Ca, Hot Springs BLM
Just another sunny day here in the desert. Walkabouts here and there and a quick trip to town (Holtville) for a few groceries and home for lunch. Putter around with a few cleaning things and enjoy our books for a while in the shade. 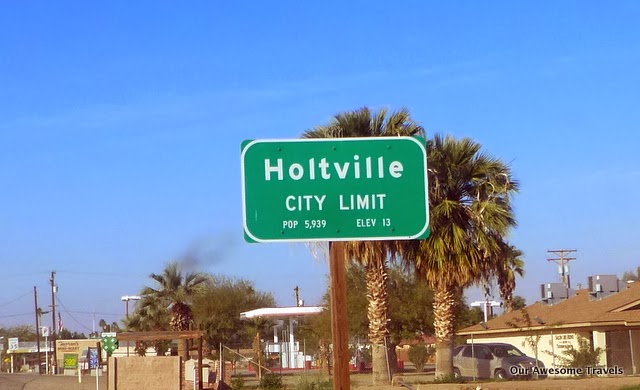 Then mid afternoon I ventured over to the Hot Springs for a shower and dip in the hot tub. No soap allowed.
The shower is very hot and tub as well only about three minutes for me and my skin is beet red. It is nice and deep, over 5 feet, but a shallow soaking tub next to it for those that wish.
A few more chores, reading our books then time for the daily social hour, more updates and stories. A few nibblies for the dozen or so people there, veggies included. Gotta have a balanced diet ya know. 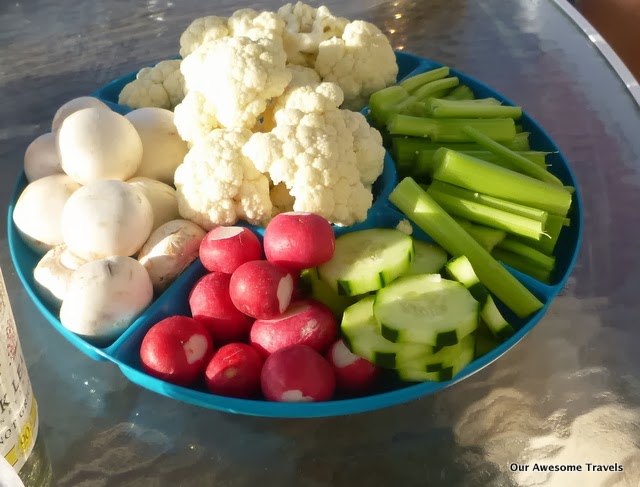 Then for supper tonight a couple boneless chicken breasts, with lotsa garlic, onions and green peppers, topped with a nice creamy Alfredo sauce over fetuccini noodles and we split a fresh bun from the bakery.
I was asked a few days ago about Santa Claus that is camping here at the Hot Springs. We met him in the spring of 2009 in Quartzite. He has a custom built RV all done in the Santa Clause theme, Is like a toy hauler that he can load up his small red car (of course). Chatted with him a few times in various locations over the last few years. He is from British Columbia Canada.
He plays the part pretty well too. Grows a very long beard and hair and just before Christmas goes to a hairdresser gets everything all bleached white (just like Santa). And does a circuit as Santa Claus at various malls etc.. right up until Christmas. Actually makes big money too! It's enough  to pay for his winters in the southwestern USA where the weather is much warmer than the North Pole.
I talked with him a while and he was willing to set me up to do the same, (Santa is in demand) All I had to do was grow my hair and beard, have it bleached and commit 6 weeks of my (our) time to being a jolly old fellow. Thought about it but not really something we would like to commit to, and Suzie would not like the long hair and beard either.  Could be fun though...
So now you know about Santa and another relaxing day here in southern California.
Thanks for stopping in for a visit and hope you had an awesome day too!

Posted by George, a.k.a. "The Weber "Q" Man of Blogland" according to Rick Doyle.
Check out the map below to see where we have been this Winter
View Winter 2013-14 in a larger map
Posted by our awesome travels at 10:34 pm