Where are we today ?
Plattsville Ontario
More great weather here in southern Ontario, Plattsville to be exact. Up early got all the morning stuff done and secured our coach to take to Pettigrew's Garage in town. For 8 am. 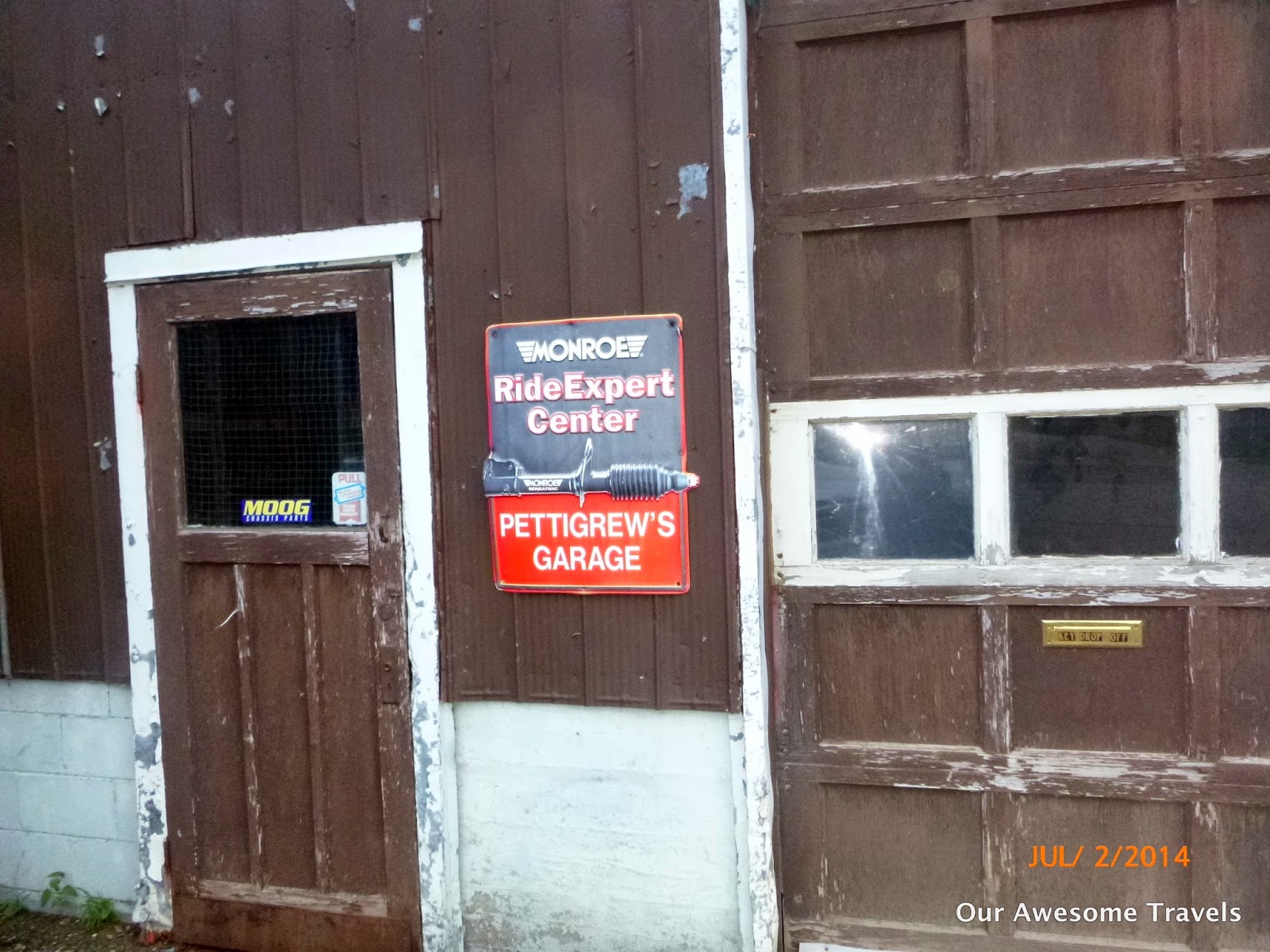 We here and so is the road crews paving the main street of Plattsville. Not long before we set up the coach and Dale got to work. 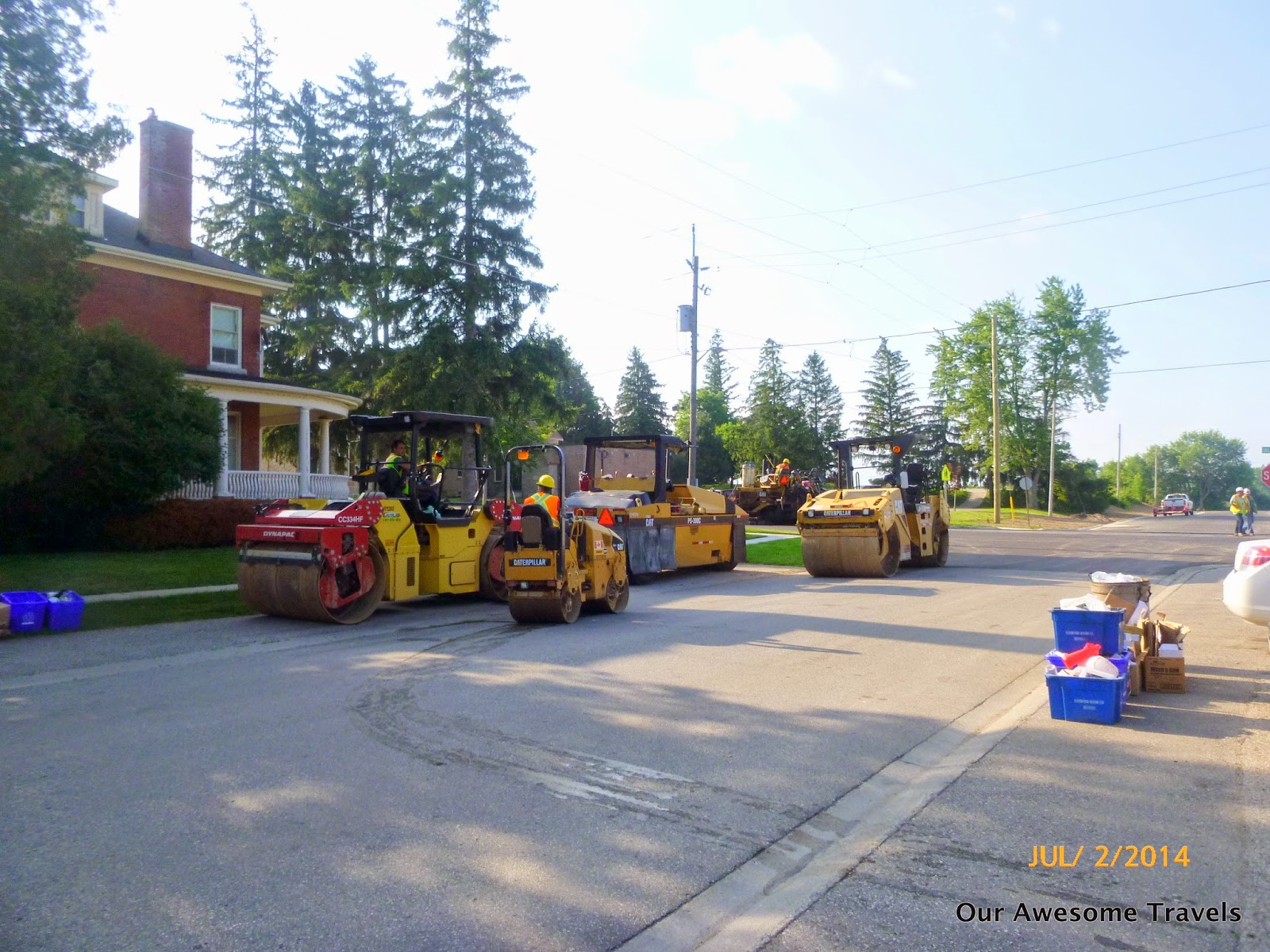 Coach all jacked up and on jack stands Dale got to work. He had ordered the parts in ahead of time. I got to chat with to paving crew while they were waiting for their first load of asphalt.
With ordering more parts and waiting times, we got stuff done. I dropped Suzie off at Sister in Laws, and mowed some lawn for a couple hours, until the rains began. Heavy down pour for a while then clear up. Also got some groceries picked up too while it was raining.
Dale had finished the one side of the coach just as the rains began, I brought out our beach umbrella and tried to keep him dry, while he wrapped things up.
The passenger side was next so opened our awning and it did help while he worked away.
As he prepared the second side to install, he did notice the rotor was defective. Hmm,,, its now 4:30pm he called another supplier and hopped in the car to pick up the new part in Kitchener. Half hour away.
So in the meantime I whipped up a quick supper inside, lettuce salad and a marinated chicken breast, in the frying pan! Weber Q is still at "Camp awesome"and we are now at "Camp Pettigrew". Coach on jacks and wheels missing, but hey we are home.
Dale got back with the right parts and continued to re-assemble the rear brakes, put the wheels back on so we could, remove the jacks and level our house again. By this time it was after 7 pm. He had been at this since 8 am   (ok a few break here and there waiting for parts, a couple other jobs to keep him going too), but now we are back on the ground and level.
Sure do like coming here to have work done. We know it will be done right, thorough, in a timely fashion and reasonable rates.

It was a long busy and productive day, but sure glad we were able to get it done here.
Thanks for taking a peek, and hope you did not have too much rain today.
Posted by George, a.k.a. "The Weber "Q" Man of Blogland" according to Rick Doyle.
Check out the map below to see where we have been this Summer.
View Summer 2014 in a larger map
Posted by our awesome travels at 9:14 pm