Where are we today?
Pilot Knob Resort
clic on a pic to enlarge it

Wow what another great day we having sunshine  clear blue skies and not much wind. Temps to the mid 60's f , but in the sun and outta the wind feels wonderful. Today we are on a mission , Bill and Barb want to go to Mexico, they are newbies and we have been there many times we will accompany them and show them the ropes.
It is an experience going there as we well know. So at 9:30 hopped it there truck and 5 minutes later we parked, and  make there trek across the border and explore. 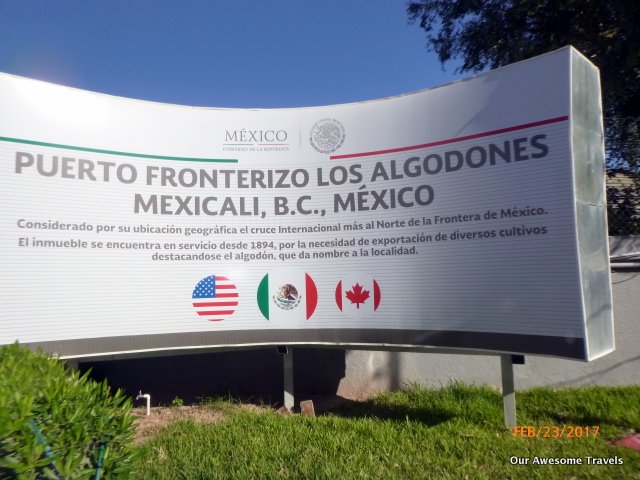 We wandered the vendors and enjoyed chatting with them and saying, no thanks maybe later.
Found a spot for Bill to sit for w while while we explored a bit more. He need a hip replacement that will happen when they get back to New York soon. but t]he was a trouper and delt with it as much as he could.
We found a Mexican Tim Hortons and just had to take a pic. no coffees though bur was really cool to finally fine to here. We are not fans of Tim Hortons even back home. 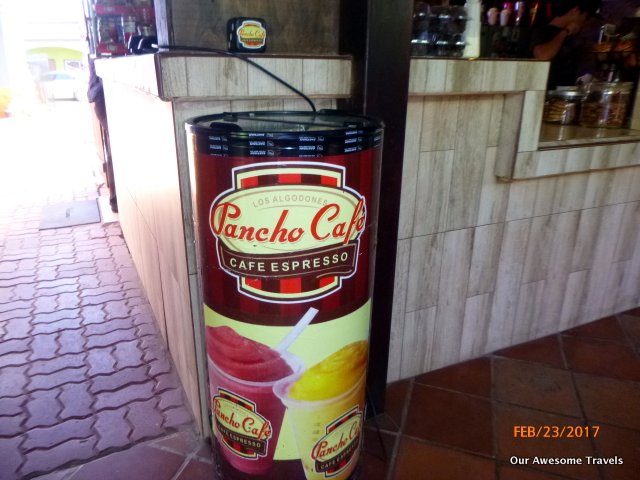 We kept wandering more and having fun with the vendors. We did not buy much but they did a few things. I showed Barb how to barter with them and seemed to work out well. 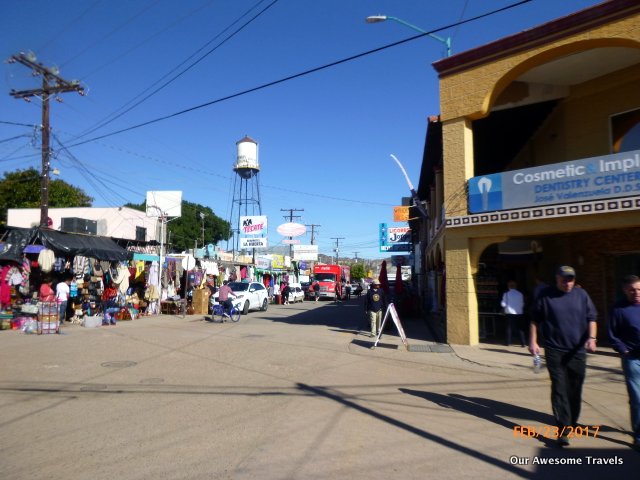 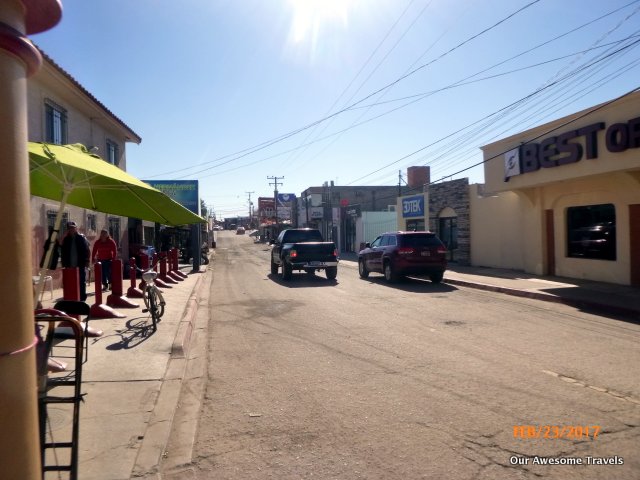 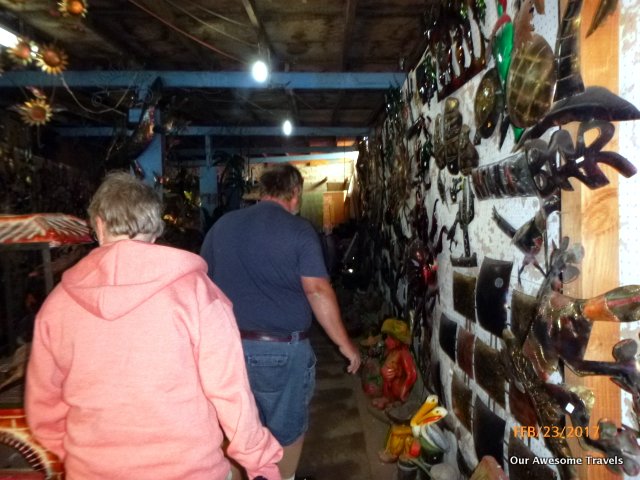 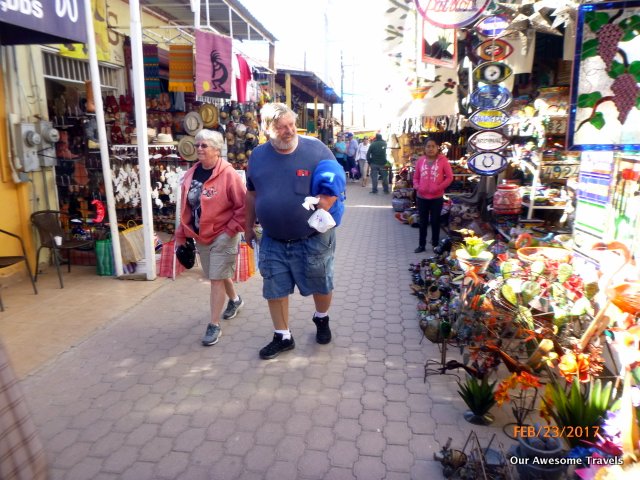 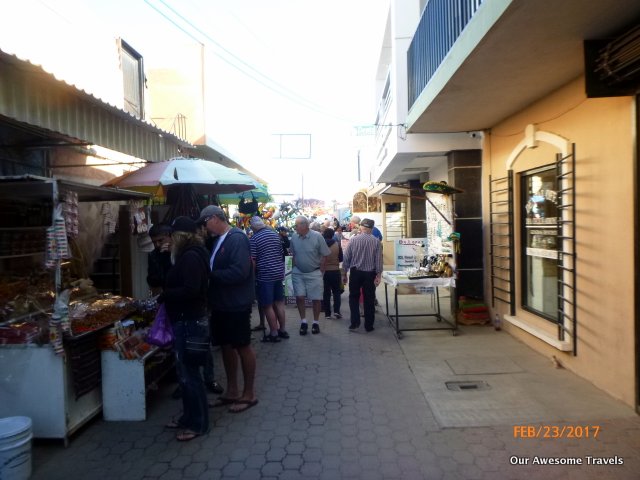 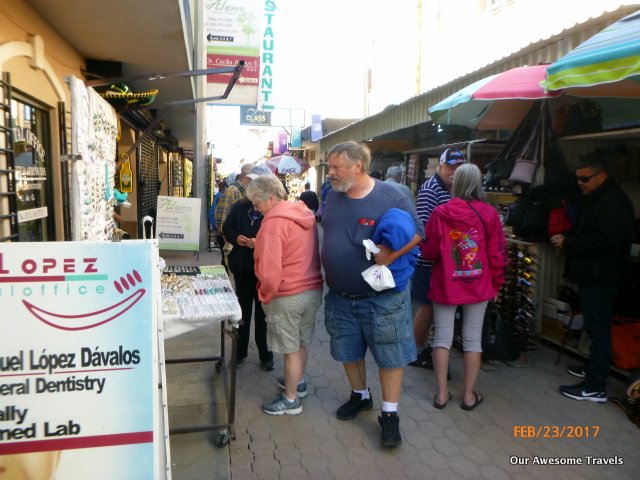 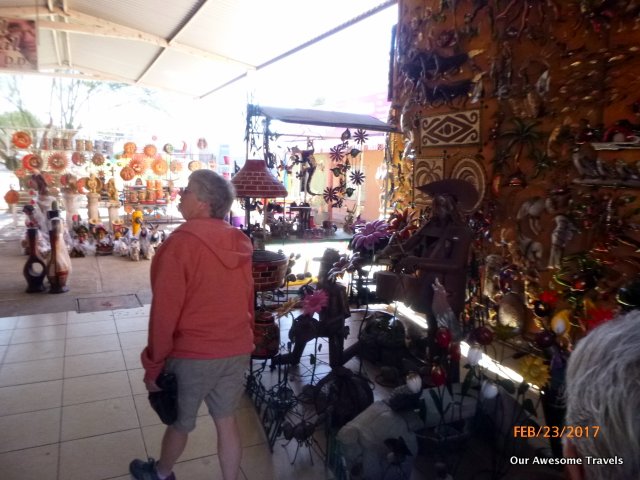 Then we need to stop for a bi , into the food court we enjoy, Ended up ordering a bite to eat. Service was good to start but they got very busy as they do. Food we had was good but we wanted to get going . had a few more things to do today. 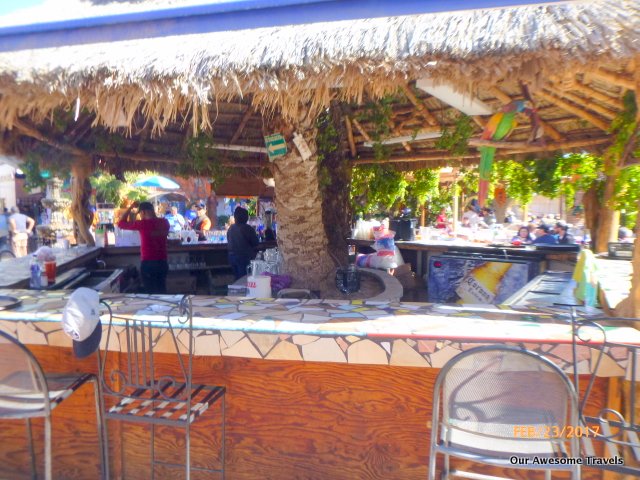 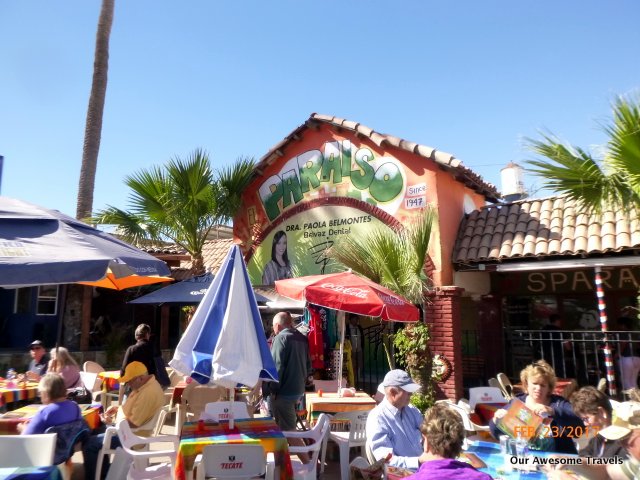 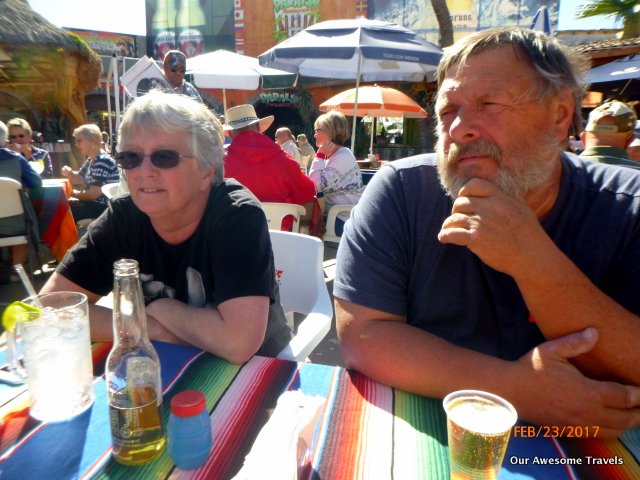 An early lunch at 11 am so we could walk it off for the rest of the day. 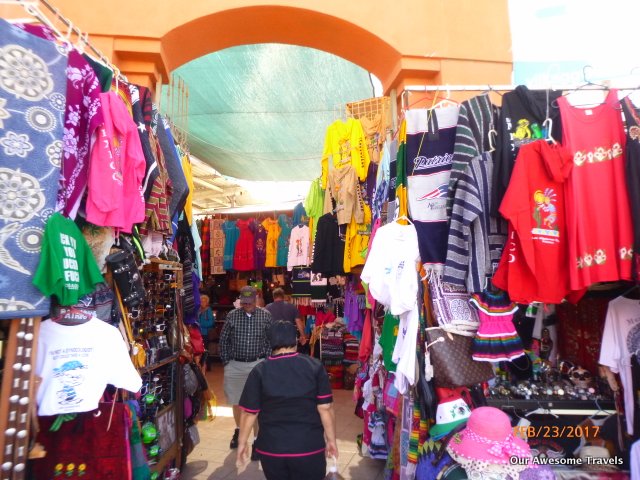 Now had a fun morning lets hit the purple store for some booze and drugs the get in line to get back to the USA. It was only 12:15 nut still a long line up for customs. 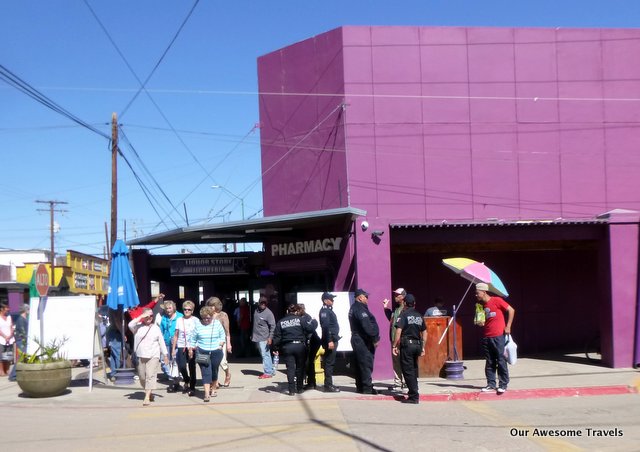 From here over to the Arizona Market Place to get a sunshade  for their  electric awning. Walked about a bit and found they did not have the color they wanted in stock today, will be in tomorrow.
Back home by 2:30 their trailer was being washed and hand waxed , then it was time for Happy Hour at Bill and Patsy's.
The George and Rose had their;s done as well , while we all flapped ur gums.
I shared a 1/2 bottle of Tequila we had. 2 things  happened finished the bottle and made for more lively conversation. As if we need to do that with this group. lol.
Then as it cooled down time to head  home for supper. Tonight a light one, grilled cheese and a New England Clam Chowder. It has been a few years since we have had a canned soup, because of the sodium content and all the additives. Much refer to make our own now. It was here and wanted to use it up. Used to be my favourite soup many years ago. but now prefer my own homemade. 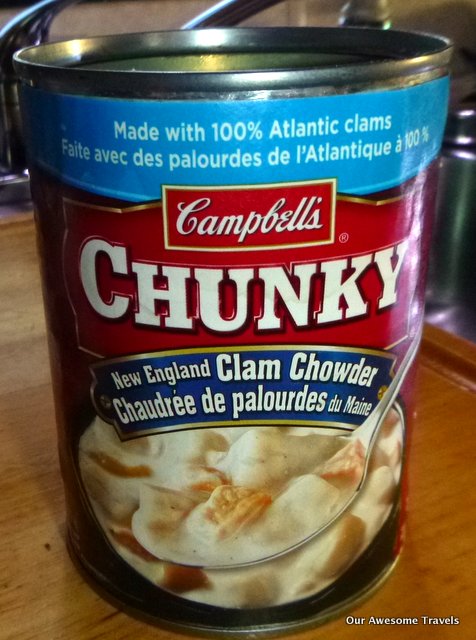 Glad that ya.ll stopped in for a visit, hope ya come back again.


When we back to Canada
Where have we been this Winter
Posted by our awesome travels at 9:43 pm